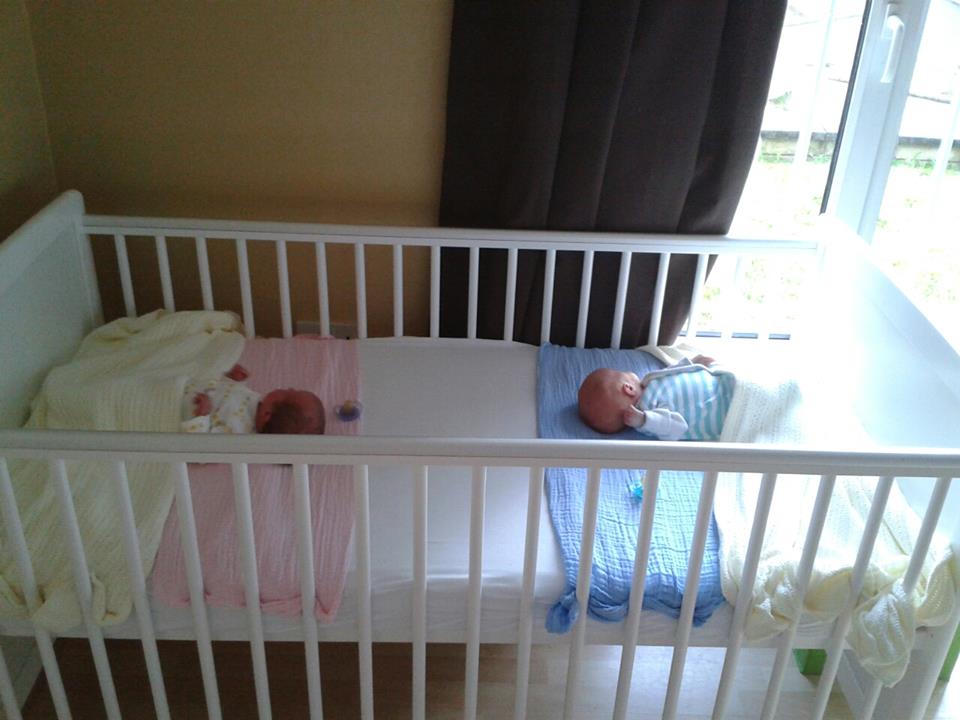 It literally started for me when I made my first trip to the NICU unit to see my newborn twins. My husband wheeled me into a little room off NICU where our few hours old boy and girl lay in separate incubators.

Who do I go to look at first? Whose little finger do I caress through the incubator window to let them know Mammy is here?

After only getting a few minutes with them in theatre I was overwhelmed, finding it hard to believe my stomach was now empty and they were here. I needed to be with them, see them, hold them. I remember being in the middle of the two incubators flitting from one to the other. Sitting down in my wheelchair with my head going back and forth, eager to drink in every inch of them.

And then began my life as a twin mam a few minutes later when the NICU nurse brought them to me. My arms were filled with two babies, my empty belly forgotten as we were reunited. Looking down at my babies, whispering those promises we all whisper to our newborns, telling them how much we love them and how we will always be there for them.

It is easy to tell everyone how amazing being a mam to multiples is but it is hard to fully explain the inner battles you face as a twin mam.

Who to go to first?

This question has tormented me since the day the twins came home. There you are with two small babies who see you as their whole world and when Daddy is gone to work reality sets in and it sets in so fast you will be lucky if you remember those early days.  Short cycles of sleep and feeds take over the household from the get go. The act of winding and feeding two hungry babies takes mastering and it is a struggle in those early weeks when flying solo during the day. Latching two babies on alone is a skill that takes some amount of practising and because of reflux I had the added joy of winding through feeding. Another skill you learn is keeping one baby latched on whilst winding the other and then swapping over and doing the same thing all over again. But I got there and soon settled into our routine that worked for us.

That bubble unfortunately bursts quickly when both babies are upset. I recall one day making my way up to the bedroom and bursting into tears as I picked up one baby first to try settle them whilst the other took their crying to a whole other pitch only dogs and I could hear. Looking down at one baby staring at me wondering why Mammy was there but not picking them up was not a good feeling. Of course trying to settle one baby whilst the one you feel you have abandoned is screeching their lungs out only stretches the time out to when eventually calm is restored. It usually ended up being restored when you mastered picking up two smallies at the same time!

I like a lot of other multiple parents carry this ache no matter how old your children are because whether it’s when your kids are now in separate rooms and both need a parent or whether they are both sick and both want to sit on your knee and cuddle there is always a niggle chipping away in the background. For me I worried that I was not fully giving myself to each child as I did my  best to split my attention in the fairest way possible.

Maternity leave expectation versus reality as a twin mother

Before I knew we were expecting twins I had visions in my head of how maternity leave would be. Let’s just say this changed 360 degrees after I soon realised there was no room in the inn for us at any baby massage, baby fun play, and every other type of Mammy and baby class available to new mothers. Luckily for me I did find one Baby bootcamp in All Star moms where not only were we made to feel welcome but there was plenty of doting over the twins during class too from the fabulous instructor Sara. But for the most there was a sense of feeling excluded at a time when you need inclusion. You adore your babies but you crave adult interaction also.  This led to a further sense of isolation but I came across a silver lining luckily through the Irish multiple birth association online private platforms.  I was able to connect with other multiple parents to be, and also with those who had long left the baby years behind. Finally I felt supported and I met a fantastic group of women so it is important to let anyone expecting twins, triplets or quads know of this great charity and the members who make the life of being a twin mam less lonely in those days when you feel like the walls are closing in slightly.

As the months go on and you fall into a routine, and sleep sometimes happens, things feel easier. New milestones bring different challenges but a sense of control was back in play and it was great to feel more relaxed and be in a position to truly enjoy the babies. Ups and downs happen along the way but life is good, exhausting but good! And then completely out of left field an innocent day out to meet a friend and her little boy drags you down to the point where you are in floods of tears. A simple meet up at a baby event with twins who are walking and love nothing more than going in the opposite directions brought on an envy of those mothers with single babies sitting around drinking coffee and playing with their babies.  Short of restricting the twins to the buggy which would only have caused them to cry too I admitted defeat, apologised to my friend , left the event after 25 minutes and cried all the way home.

I remember that day so well nearly one and a half years later and I am instantly brought back to how badly I felt that day, like a blubbering mess as I packed up the car to go home. I felt jealous that I was literally torn in two and had let it completely overwhelm me to the point where I wondered what was the point in trying to go anywhere on my own with the twins other than a soft play area or confine them to the buggy or reins! However I also remember only two months later and I had brought the twins to a local national forest park on my own for a picnic on a sunny day and it is one of the happiest memories of my life. The difference in those two months was simple.

The evening of the disastrous playdate was a wake -up call for me. After the twins woke from their nap I was met with two big smiling faces, fours arms reaching up to wrap around my neck and two heads resting on separate shoulders. I inhaled them in and realised that I was the lucky one. Ok I am stretched in two far more than I would like some days but my heart is literally full with the adoration my two little people give me on a daily basis. In that moment I thought of others who would love to be in my position.

Fast forward to present day with the twins 3rd birthday looming in a few weeks and life is hectic. There is no denying there hasn’t been challenges with toddler twins. The cries of needing you get louder and the inner voice will always niggle as whether you responded to the one who needed you more first. The tantrums get louder and demands increase now they know their own voice can be pretty intense too.  Especially when it is two children bouncing off each other as to who can shout the loudest!

But life is hectic good. I laugh deep belly laughs every day with their antics. I get to see two people develop their little personalities and I am helping mould them by supporting and loving them and what a privilege it is to be a mam to multiples. So for all the multiple parents to be out there and those who have come out the other side, you are already amazing for bringing these babies into the world. Cut yourself some slack on the days you feel like everything is going wrong. They won’t always be so small and you won’t always feel how you do now on a bad day. You have this, never forget that !

I found nothing helped more than power naps when the babies napped, because sure there is nothing else to be doing whilst your twins are napping, isn’t that right! 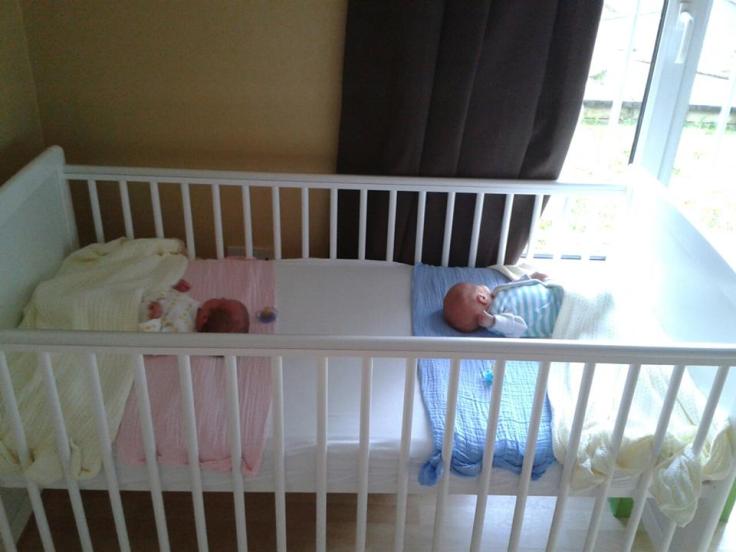 7 thoughts on “When being a multiple Mam is hard.”