Finding out you are pregnant

Back when my mam was expecting me, her first child, she had to wait two days to confirm she was indeed pregnant after a trip to the doctors. These days we don’t even have to wait for a missed cycle before we can find out a baby is due,with early detection tests. This led me to wonder really what it was like back in 1977/78 as a pregnant women versus today and who better to ask than my own Mam.

After getting the news Mam recalls there wasn’t much support from the GP, it was only when she attended hospital that she got more realistic advice from nurses there on pregnancy. This is so different to now where for most pregnancies there is heavy GP involvement outside of trips to the maternity hospitals and or private consultants for scans.

As a private patient pregnancy myself with the twins I was lucky that we had the extra support when I ended up on bed-rest and have to say that our consultant is a hero in our eyes as were the midwives in the maternity.

Outside of medical care throughout the pregnancy I had support from friends, I met some lovely friends through an online pregnancy forum and no matter what time of day or night I always had someone to reach out about that niggle or twinge. Mam on the other hand explained as there were very little phones in peoples’ homes back in 1977 when she was pregnant there was a distinct lack of support for her and many others who were nervous or were having difficulties in their pregnancy.

I always mistakenly thought there was more of a sense of community back in the seventies and that support was always there.I never thought of those middle of the night pregnancy issues that we all have and really how lucky we are today to have support pretty much 24/7 if we need to use it. I can’t imagine being there waiting for daylight to come or when I could get to my family or the doctor to make sure all was ok with baby.

The opposite of cravings

When I went off roast chicken during my pregnancy,oddly my Mam mentioned that  she also went off roast chicken, I have always found it fascinating that Mam and I both had the same food aversions through our pregnancies. Considering we ate chicken a few times a week this was a disaster for me but then again constant nausea for both of us led to limited diets for the majority of both our pregnancies.

How work felt about your pregnancy

I know alot of workplaces to this day from speaking with others may still cling onto the feelings of sickness during pregnancy which my own Mother encountered which is very unfortunate because whilst alot enjoy stress free, sickness free pregnancy there is nothing worse than attending a full time job when ill and pregnant. Mam suffered with dizziness and fainting spells quite frequently throughout her pregnancy and her employer would not have been very understanding. Versus my own experience of being signed out from 25 weeks ,with the full support from my employer at the time, luckily leaving me to concentrate on getting as close to term as possible on the twins. And delivering at just over 35 weeks I believe the modified bed rest and lack of stress from work helped contributed to two healthy babies delivered near full term for twins. In saying that my poor Mam ended up weeks overdue on me with my original birth date estimated in December compared to my January arrival!

Mam recalls how in 1978 when I was born there was zero support after. Nothing, which shocks me, not only to check on the baby but what about the mother! Fast forward a few years later on my brother and a midwife visited 2 mornings after they arrived home with their newborn.  This still varies hugely from my own experience of outside of the PHN visits, I was lucky to have the hospitals breastfeeding consultants visit me several times and they and their team were on the phone to me as and when I needed their assistance.

Compared to now when most Dads are able to take a few weeks off work from saved holidays and from this year Dads receive two weeks paid paternity leave from the state,back in 1978 most fathers went straight back to work, missing out on the early days of their new child’s life and their partners missed the support from having Daddy at home to help in those sleep deprived early days. Mam recalls the best part of those early days was what gurgle or funny face I had pulled and as he was away most of the day she remembers fondly how he had to be told minute by minute of what I had done.

I think himself and I needed a third pair of hands there for memory storing, as those early days for us with newborn twins are a haze so I bet Mam and Dad actually recall more than we did !

Then versus now -Mams’ own words

In relation to the care I would say that doctors did their best as did nurses but now everything is so open and both expectant parents are involved in all aspects of the pregnancy from start to finish. It is a great pity that many men of Dad’s generation missed the birth of their children and first saw them through glass.

This makes me really sad and why I think there are so many doting Grandparents out there in our generation. Yes they would be doting anyway but this feeling that they missed out on their childrens’ births and didn’t have that immediate touch , and then later ,going back to work almost immediately ,means they are getting the chance now to be heavily involved in our childrens’ early years and the grandchildren are the lucky ones for it.

Product wishes for then

Believe it or not Mam wishes the disposable nappy was around in 1978 and to be honest I can see why! She recalls spending hours steeping, hand washing, wringing out and hanging out cloth nappies. I know alot now use cloth nappies but for me, especially with twins I didn’t even entertain the idea. I will help the environment in others ways! I would also share Mams’ fear of that big safety pin opening and sticking into the baby.  And there was two pins for a girl and one for a boy, the memory actually still causes her to shudder.

What advice would you give parents today

To listen and learn from older mothers and fathers alike combined with medical information. There may come a time when that nugget of information pops into your mind as you try and decipher why your child is crying/sick.

Our parents have reared us  differently from alot of advice doled out sometimes too readily today, and it is  very easy to get carried away with rules and booklets.I think finding a balance between then versus now and take heed of advice from those who have been there, changed the nappies so to speak should not be dismissed. Although I have had some not no helpful tips of dipping dodies in whiskey from random strangers back in the newborn days as I tried to walk discreetly through a local shopping centre that I never took heed of or tried. But I will open my ears a little more to the sensible advice!

I wrote a piece before that we will always be our Mammies babies, see Here , and this still applies, we will always need advice from the women in our lives who help influence and help shape us and our children. 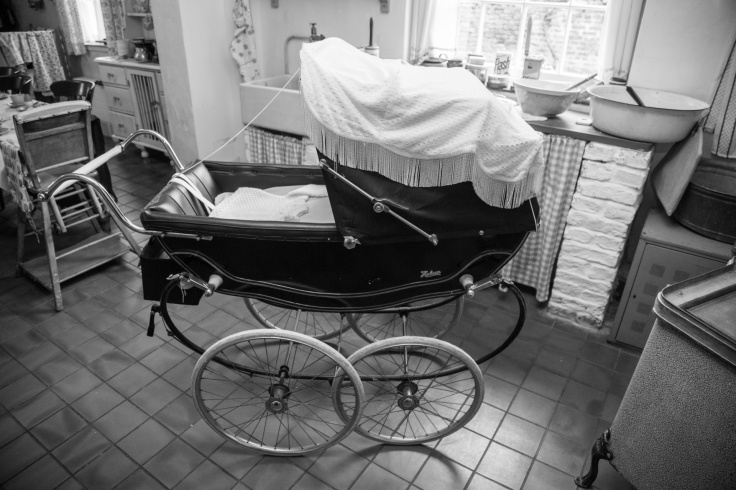